A Smile on the Sea: Dan Rubin in Concert 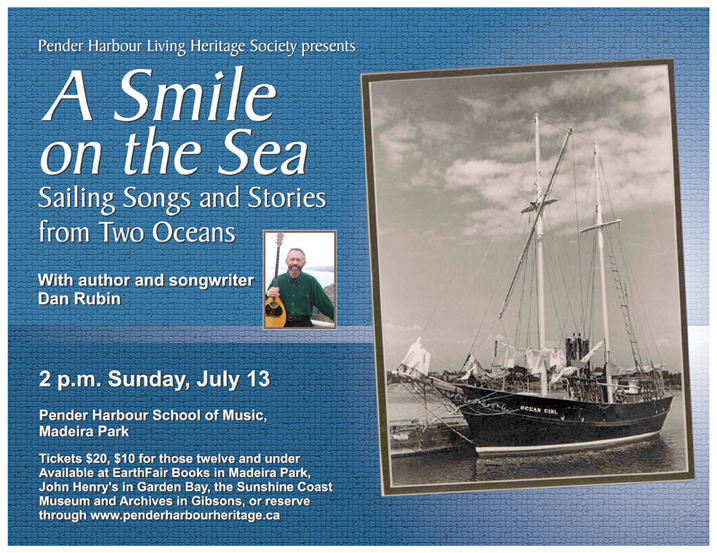 An entertaining afternoon! On July 13, 2014, Dan Rubin entertained the audience with songs and stories of time spent on the water in B.C., Newfoundland and around the world, and the many characters met along the way. A versatile composer, singer and multi-instrumentalist, it was armchair travel at its best.

In the 1970s, Dan circumnavigated the planet on a 125-foot, three-masted Baltic trading schooner.  Later, he sailed the BC coast in another well-known vessel, August Moon.  He is the author of Salt on the Wind, the authorized biography of Sunshine Coast boatbuilders and adventurers Allen and Sharie Farrell.